Skip to content
Posted on May 17, 2011July 10, 2011 Posted in SeattleTagged buildings, photojournalism2 Comments 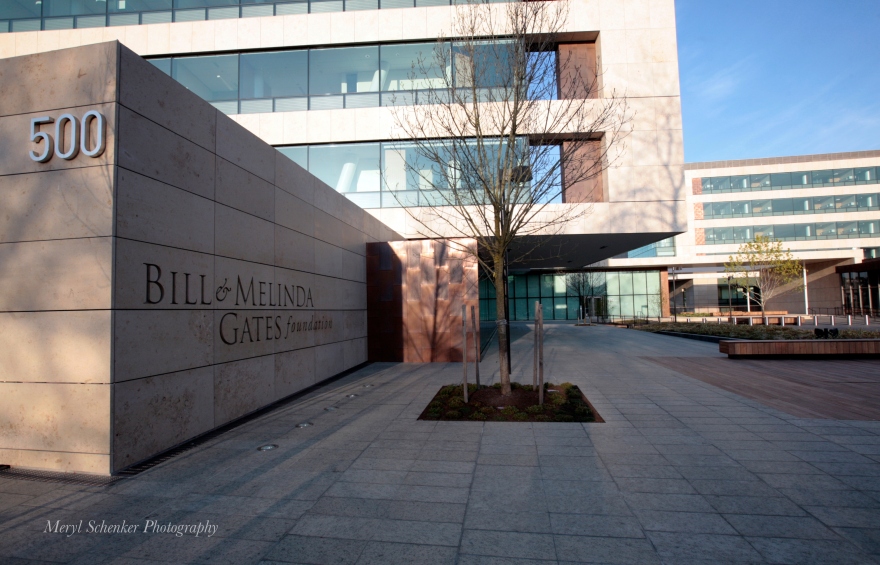 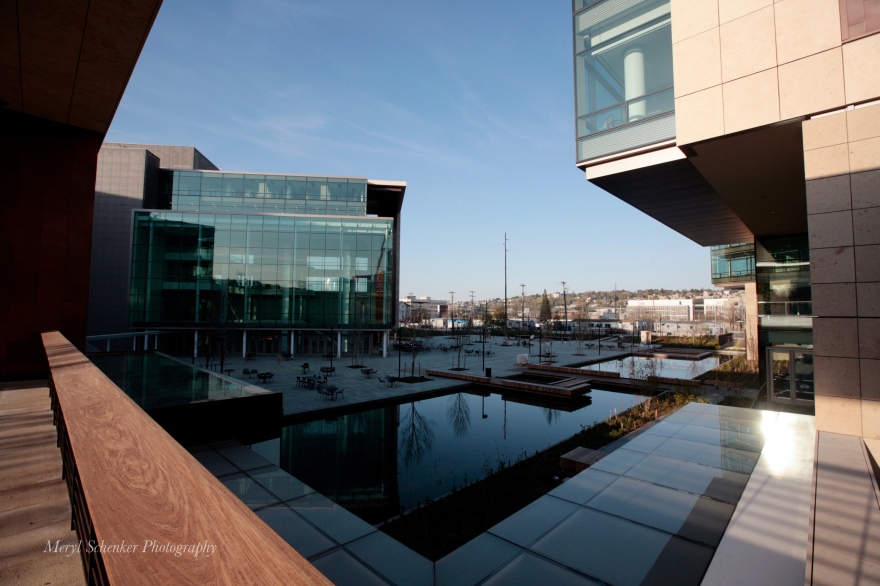 This is part two of my assignment for The New York Times.

The Gates Foundation will be relocating to this double horseshoe set of buildings across the street from the Space Needle.

I rode the elevator of The Needle to get the perspective of the EMP and Gates Foundation Building together to show how Paul Allen and Bill Gates have impacted Seattle, post Microsoft.

A couple of weeks ago I had the opportunity to photograph the new Amazon.com and Gates Foundation building exteriors for the New York Times. I really enjoyed the assignment! I photographed them in the late afternoon on a beautiful Saturday, between days of rain. This post is the new Amazon.com buildings. The campus is extensive and growing in the South Lake Union area of Seattle. 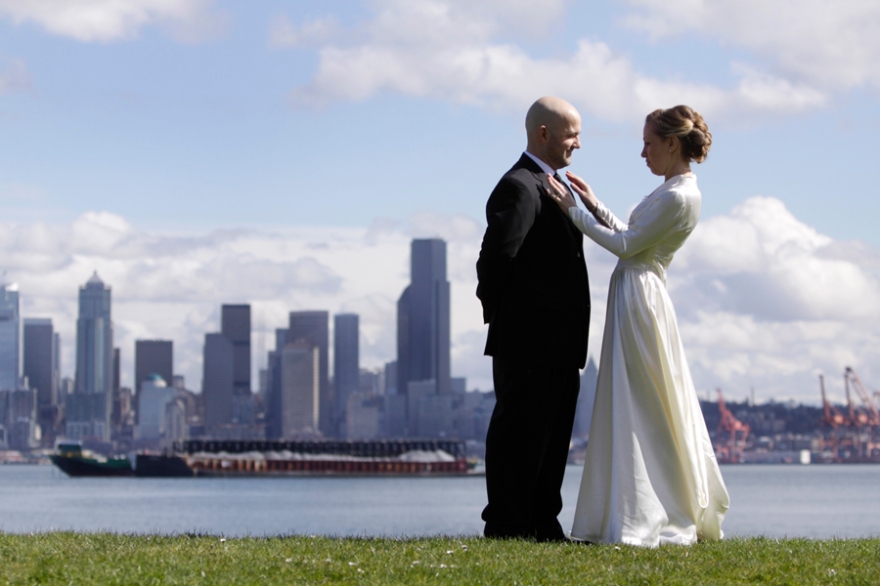 Meghan and Ryan had alittle mishap with their wedding photographer- not a professional photographer. They ended up with no photos of themselves together from their wedding. So, three months after their wedding, after the winter had passed, they hired me to do some photos in West Seattle. The West Seattle couple really wanted to see the special place they call home, so we went down to Harbor Ave, near the West Seattle water taxi, and had some fun!

Last September I spent a day at the Puyallup Fair looking for images. I walked into an extremely dark horse barn at the end of the show and found a striking Graysen Stroud listening to the judges. As I try to collect my favorite images, I came across this which I hadnt had a chance to post during the busy Fall season. 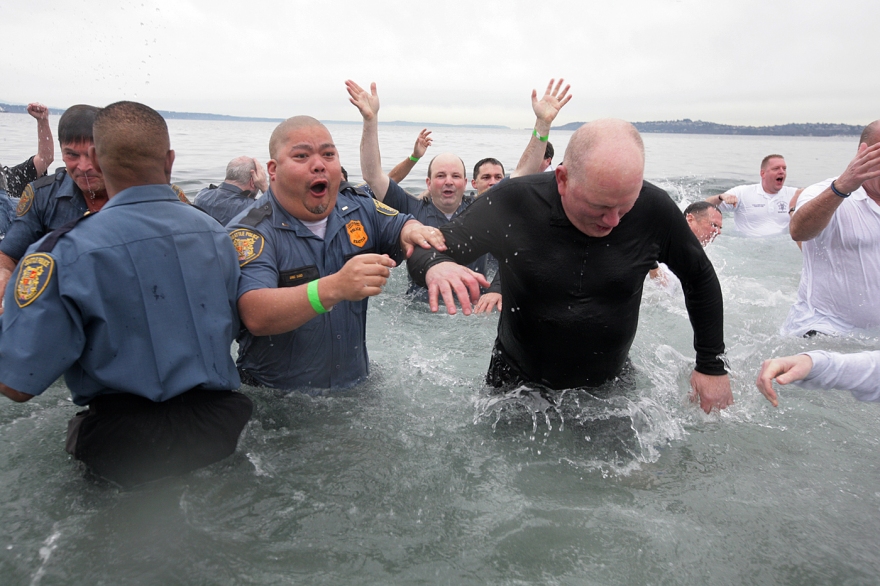 Special Olympics of Washington raised over  $30,000 yesterday as approximately 300 people, who raised a minimum of $50/each, braved the 45 degree water of Puget Sound off Alki Beach in Seattle. This was actually my first time photographing a polar plunge and I learned a lot about where to stand and where not to stand as saltwater splashed my expensive camera gear, which thankfully appears to be fine. A couple of colleagues were apparently not as lucky as they lost their equiptment to the sea. To see more photos from the event, go to http://www.photoshelter.com/c/merylschenker . Click on the image of the woman in the water to see more images from the event. 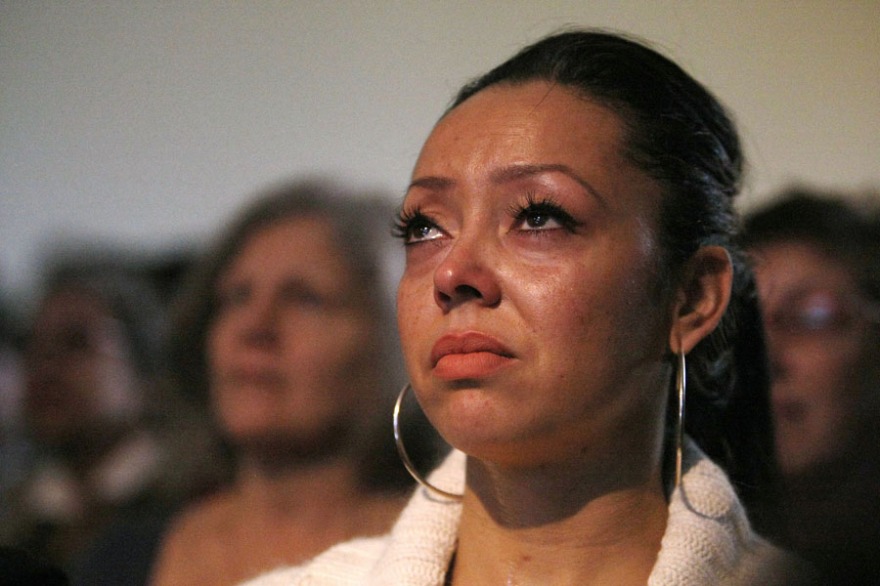 Mia Taylor of Seattle cries as she listens to President Barack Obama’s inaugural speech at The Northwest African American Museum in Seattle on Tuesday, January 20, 2009. Taylor said it’s moving to have someone that would have been turned away at a restaurant now serving as President of the United States.

Technical note- A packed room of people were sitting and standing in a dark room to watch Barack Obama be sworn in. There was a little light coming in from an open door and the light of the television screen. This photo was taken at  1/40 sec, f.2.8, 3200 ISO. 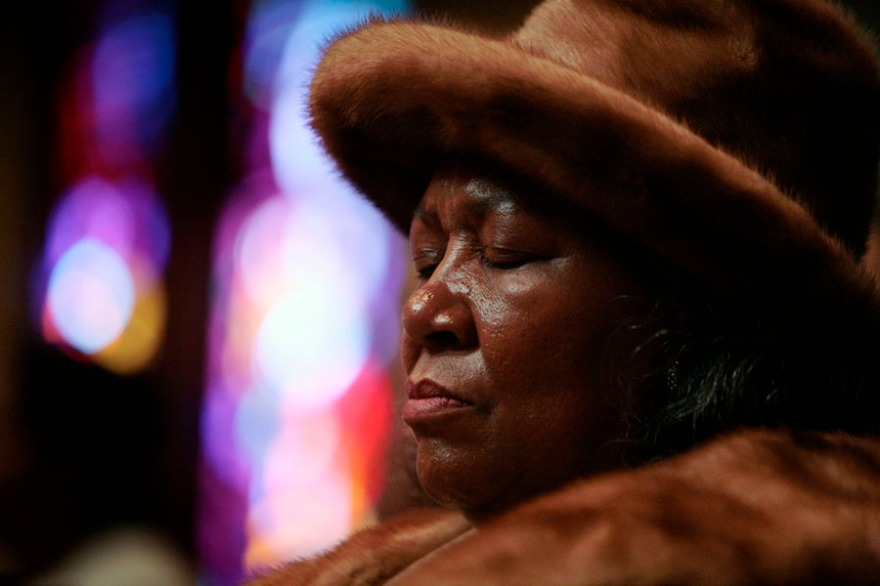 These photos were taken a year ago today while I worked for the Seattle Post-Intelligencer newspaper as a photojournalist. Last years MLK Day was even more poignant as we welcomed the nations first black President. Below are the captions that accompanied the photos.

Murphy Lucas of Seattle listens to Reverend Aaron Williams’ sermon at Mount Zion Baptist Church in Seattle on January 18, 2008. Williams sermon was titled “The Tipping Point of Justice.” Lucas has a son, Judge Eric Lucas of Snohomish County, that is attending the inauguration, and she thinks it will be one of the greatest experiences of his lifetime. Lucas said of Barack Obama becoming president, “This is going to make the world a better place for everybody.”